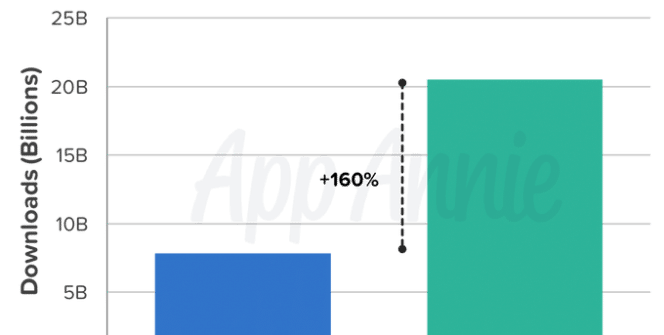 The second quarter of 2018 was another record-breaker for mobile app downloads and revenue. According to a new report this week from App Annie, there were over 28.4 billion app downloads worldwide across both iOS and Google Play in the quarter, up 15 percent year-over-year. That number is even more remarkable because it doesn’t include reinstalls or updates – only new app downloads. In addition, consumer spending in apps was up 20 percent year-over-year to reach $18.5 billion across iOS and Google Play combined.

This is the most money spent in apps compared with any other quarter before, the report notes, topping the prior quarter’s record-breaking $18.4 billion in app revenue, and 27.5 billion downloads.

Much of the download activity in Q2 came from Google Play.

On its app marketplace alone, global downloads topped 20 billion, up 20 percent year-over-year and widening the gap between itself and iOS by 25 percent points to 160 percent. (See below). 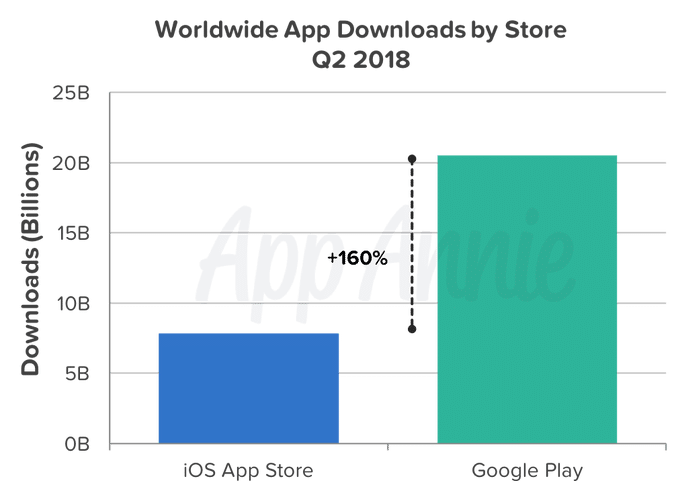 The country was the biggest driver of download growth year-over-year in both absolute values and growth in market share. Indonesia also played a big role in Google Play downloads.

In particular, Google Play app downloads included growth in categories like games, video players and editors, and – not surprisingly, given the World Cup – sports applications. And on iOS, Sports apps were also the largest driver of global iOS downloads, followed by Finance and Travel apps.

The impact on the 2018 FIFA World Cup on sports app downloads was also highlighted last month by Sensor Tower, whose own analysis found that new installs of the five leading live TV on demand apps offering channels with the World Cup grew 77 percent during the first week of World Cup coverage, compared with the three preceding weeks (excluding the NBA Finals period).

Sports streaming service fuboTV saw the largest impact, growing at a whopping 713 percent and adding 309K new users in the U.S., while Hulu saw the smallest impact at 18 percent growth. 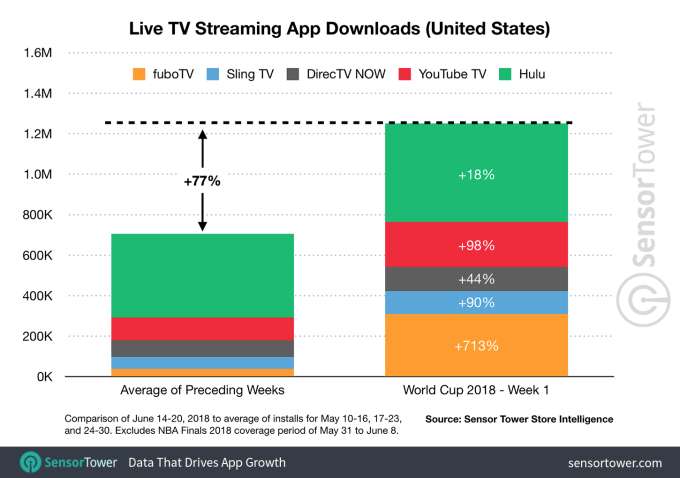 App Annie added that the top 3 sports apps in Android in the U.S. during the first three weeks of the tournament were Telemundo Deportes (#1), FOX Sports GO (#2), and FOX Sports (#3), in terms of average megabytes per user – an indication of users’ live-streaming activity. The apps were also new entrants to the top 10 list of apps by total time spent, compared with the three weeks directly prior.

In the U.K., over 6 million hours were spent in the top 10 sports apps on Android during the first 3 weeks of the World Cup, up 65 percent from the 3 weeks prior.

The World Cup also had an impact on consumer spending in apps in the quarter. 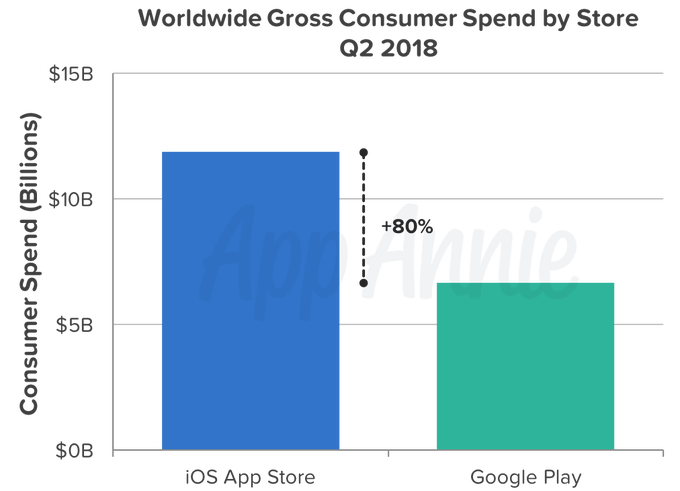 Sports apps on iOS were the third largest contributors to absolute growth in consumer spend and in market share in Q2, while Entertainment and Productivity apps were numbers one and two, respectively. In-app subscriptions for both Sports and Entertainment apps drove the consumer spending increases.

And the top 10 apps by spending were still largely those subscription-based entertainment services like Netflix, Tencent Video, iQIYI, Pandora, Youku, and YouTube. 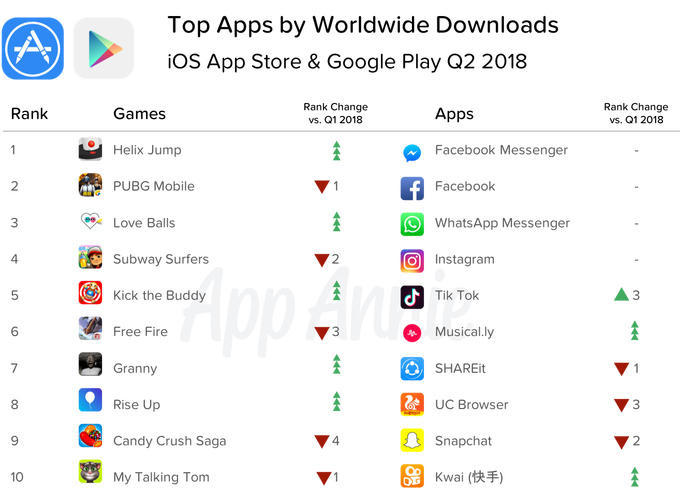 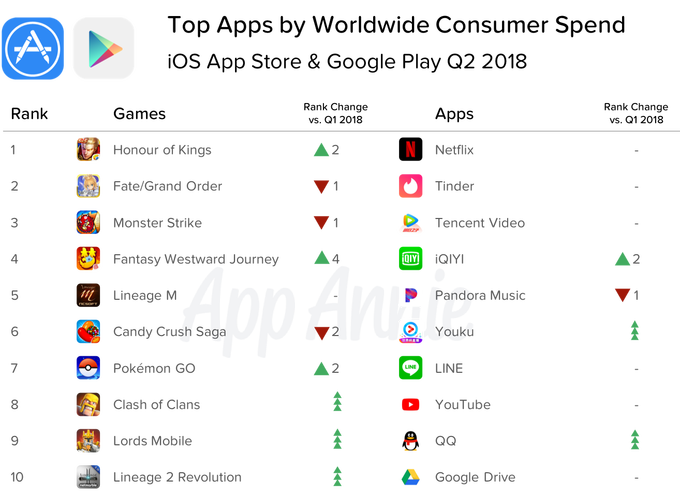