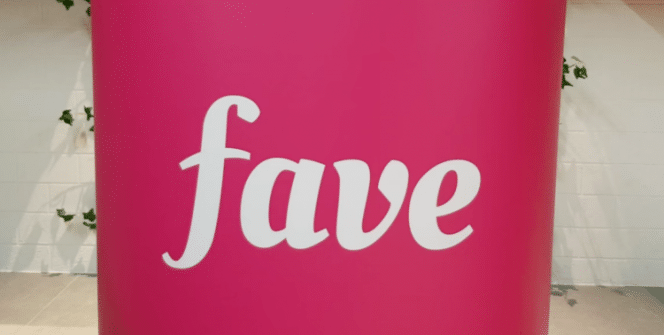 So you thought group-buying was dead?! Not in Southeast Asia where Fave, a company that aims to connect local merchants with customers using discount sales, has closed a $20 million Series B round as it explores expansion opportunities.

The startup began as fitness subscription service KFit, but it pivoted group-buying and coupons after it acquired Groupon’s businesses in Singapore, Malaysia and Indonesia. KFit continues to run, but the Groupon deal saw Fave CEO Joel Neoh return to the e-commerce space — Neoh previously started Malaysia-based GroupsMore which Groupon acquired within months of launch. He then went on to lead Groupon’s operations in Asia before leaving to start KFit in 2015. Fellow KFit/Fave co-founder Yeoh Chen Chow also spent time with Groupon as its regional operations director in APAC.

Groupon said that its new round was led by existing backers Sequoia India, SIG Asia Investment and Ventura Capital, although Neoh told TechCrunch that it also took money from a “strategic” investor based in China. Neoh declined to provide the Chinese investor’s identity, other than to say that it is “a major player.”

We weren’t able to pin down the identity of the company, but one source suggested that it may be Meituan Dianping — the ‘super app’ service that is gearing up for a Hong Kong IPO that could reportedly value it as high as $55 billion. Meituan is actively exploring investment opportunities in Southeast Asia, and it has already backed ride-hailing firm Go-Jek through a strategic investment.

Combined, Fave and KFit have raised a total of $35 million following the announcement of today’s round.

Fave said it works with “tens of thousands” of offline businesses across Singapore, Malaysia and Indonesia, with some three million app downloads to date. In a press announcement, the company said it will “drive over US$100 million in revenue” to its partner businesses in 2018, but Neoh told TechCrunch in an interview that the figure is likely to be “nearer” to $150-$200 million by the end of this year. That’s not take-home revenue, however, since Fave takes a cut of transactions from its retail partners. Fave didn’t disclose a figure for its take-home revenue.

Neoh said that Fave plans to use the capital to expand its focus on mobile payments and develop more ‘merchant-friendly’ services and solutions. The company offers services that range from restaurant bookings and food, to beauty, fitness, activities and more, but Neoh wants to go beyond that using partners.

Meituan — which sets the bar for online-to-offline services — takes the majority of its revenue and transactions from food deliveries. Fave doesn’t offer that right now — Neoh acknowledged that there’s already a wealth of services that do — but it plans to try to strike partnerships with firms like Grab, Go-Jek, FoodPanda and others who already do. The pitch to service providers, the Fave CEO hopes, is that the platform already has merchants and restaurants which can bring value to the third-parties if they integrate with Fave.

Rather than focusing on consumers, Fave wants to dig deeper into F&B partners and help merchants connect to service provider partners to expand the services they can offer. But rather than having to juggle the demands of multiple services for food delivery, for example, Neoh believes Fave can aggregate those channels and offer it via one service, its own.

“Instead of competing with them on that front, it’s a more collaboration model,” Neoh said. “Over the next three to six month, we are looking to collaborate and work with merchants. Food delivery and other services that we don’t offer would be a natural next step to offer to merchants.”

The startup is also beginning to look at overseas expansion opportunities in Southeast Asia, the region with a population of over 650 million consumers. That is likely to happen in 2019, Neoh confirmed

As for KFit, he said the service is still running with an independent team. It remains profitable and it isn’t a distraction, he added, so it’ll likely continue to be run by Fave.

“But if there’s a [potential] partnership with ClassPass [which recently launched in Singapore] or someone else wants to do that, then we’ll look at it,” Neoh added.