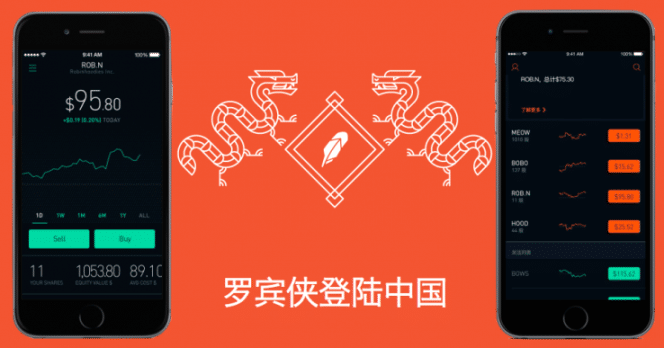 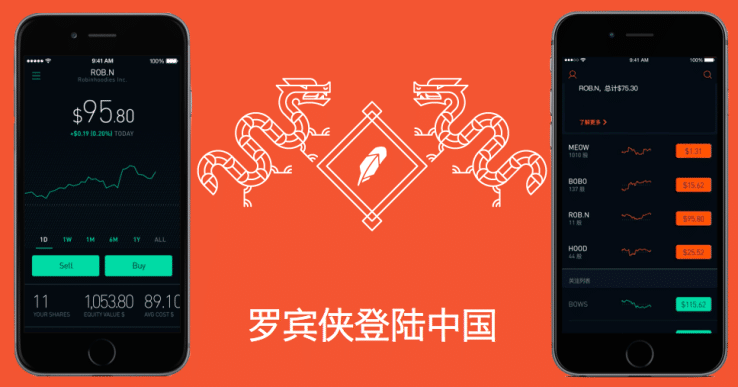 Robinhood will bring its free U.S. stock trading app to the world, and just announced one of the first countries will be China. To prepare, today it launched a Chinese-language version in the U.S. and began asking users to invite friends and family in China to its waitlist. Robinhood previously launched a waitlist for Australia, but has otherwise only been available in the United States.

For now, Robinhood is just trying to let people from other countries buy and sell U.S. stocks. But eventually it wants to open trading on each country’s native exchanges. If it succeeds, it could one day build a 24-hour stock bazaar that spans the siloed markets. 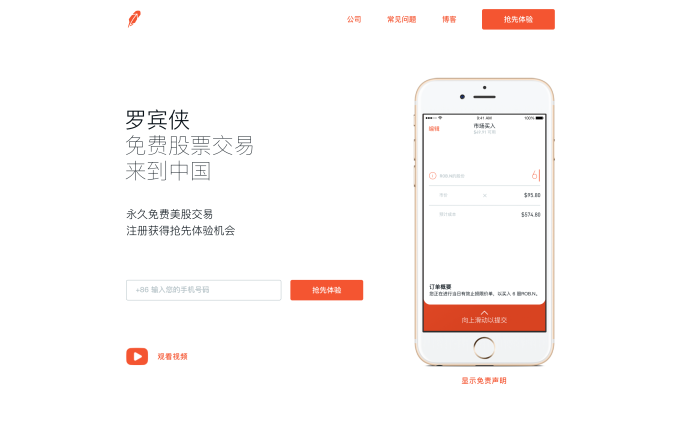 While most American apps are banned in China for violating the country’s regulations about the exchange of information, Robinhood’s stock tracking and trading app expects to be able to operate there. However, it’s unclear now whether that will be through official government approval or circumventing regulation somehow.

That still might take a while, considering Robinhood put up its Australia waitlist 11 months ago and is still finalizing permission to open trading. But it’s now formally working to secure access and let Chinese citizens trade stocks on U.S. exchanges through the app. 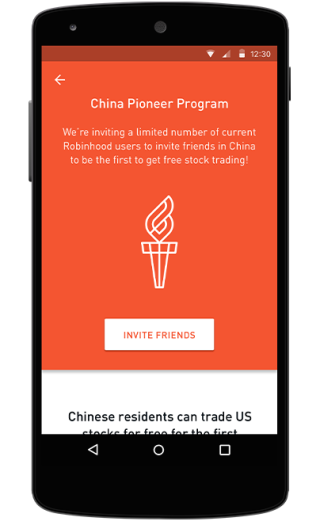 “We recently released a Chinese version of Robinhood for our Chinese-American customers in the U.S. We also launched a ‘Pioneer Program’ for these customers, inviting them to refer Robinhood to their friends and family in China for an upcoming launch. We are extremely excited and deeply committed to providing a secure and sophisticated investing platform for international customers.

Chinese Americans who sign up starting today will get a set of invite codes they can send to people in China so they can join the waitlist.

However, Robinhood could be hampered if China implements a significant Tobin Tax on foreign exchange transactions to curb currency speculation against the yuan. Robinhood refused to comment on the matter.

Robinhood was founded in 2013 by two Stanford grads after they tried several other financial startup ideas [Disclosure: They’re friends of mine from college]. The app hinges on the surprise that stock trading doesn’t have to cost anything. Companies like E*Trade and Scottrade only charge $7 to $10 per trade because they burn so much money on local branch overhead and marketing. Robinhood replaces that with a slick app and some engineers, and doesn’t have to charge consumers anything.

After explosive demand and regulatory approval, Robinhood launched in late 2014. It’s now amassed hundreds of thousands of users. Its international expansion is funded with $66 million in investment from top VCs like Andreessen Horowitz, GV, Slow Ventures, Index, and NEA, plus celebrities like Snoop Dogg, Jared Leto, Nas, and Linkin Park.

Because it focuses on efficiency and scalability rather than localized marketing, Robinhood could spread virally across the globe. But to do that, it needs to jump through each country’s financial regulation hoops. Now the question is how nimbly it can navigate that process to bring democratized stock trading to the common citizen around the world.