Microsoft meets expectations with $23.6B in revenue, Azure revenue up 93% 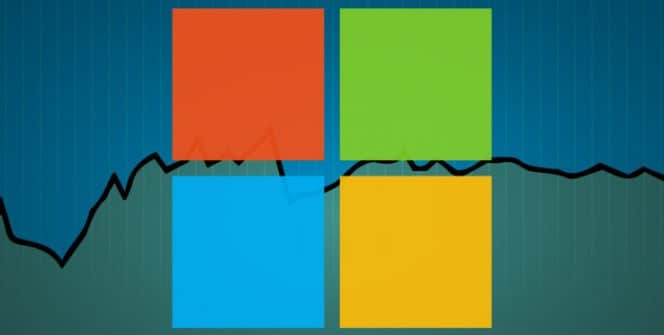 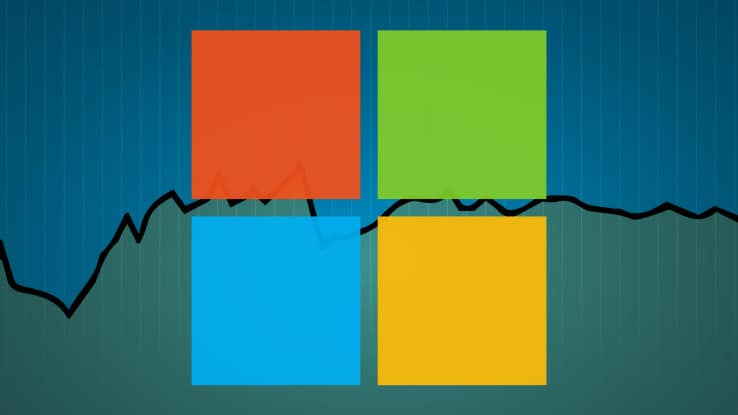 Wall Street, despite getting its prediction mostly right, wasn’t all that impressed by the earnings, and Microsoft’s stock is currently trending down by almost 2 percent in after-hours trading.

“Our results this quarter reflect the trust customers are placing in the Microsoft Cloud,” said Microsoft CEO Satya Nadella in the earnings announcement. “From large multi-nationals to small and medium businesses to non-profits all over the world, organizations are using Microsoft’s cloud platforms to power their digital transformation.” 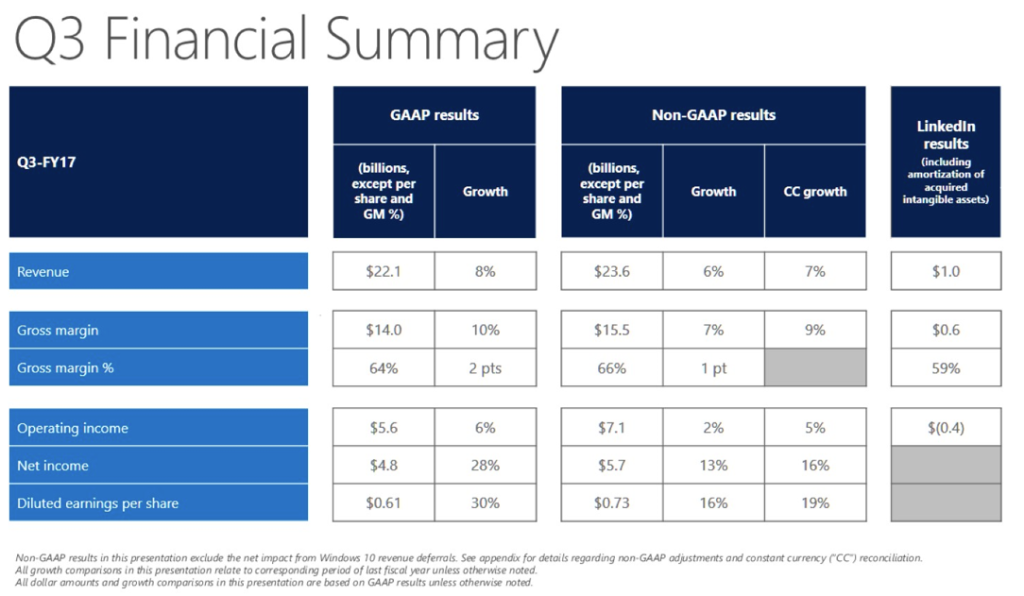 Here are the highlights from today’s report:

Cloud: Total revenue from Microsoft’s “Intelligent Cloud” business hit $6.8 billion this quarter. Microsoft expects its cloud-computing business to hit a $20 billion run rate by 2018. That’s up 11 percent from last year, when this number was $6.1 billion. Most importantly, though, Azure revenue was up 93 percent, a number that was driven both by increased demand for the core Azure compute services as well as Azure’s premium services. Azure’s annual run rate is now $15.2 billion, which puts it on track to hit the $20 billion run rate Microsoft has long expected to achieve by 2020.

This was also the first full quarter since Microsoft’s massive $26 billion acquisition of LinkedIn closed. The expectation here was that LinkedIn would contribute about $950 million to Microsoft’s productivity and business processes segment and those numbers for LinkedIn came in a bit higher, at $975 million. 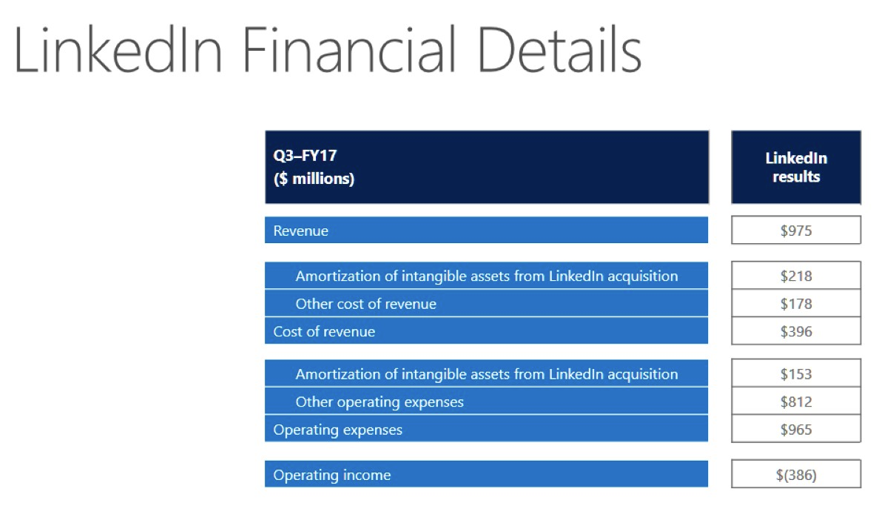 The productivity segment tends to be dominated by revenue from products like Office and Dynamics. In total, Microsoft reported revenue of $8 billion for this group of products, compared to $6.5 billion a year ago.

As Microsoft’s director of investor relations Zack Moxcey told me after the earnings announcement, it’s worth noting that the commercial version of Office 365 now has more than 100 million users and that this business grew 45 percent year-over-year. Moxcey noted that this is driven by new customer acquisitions, but also by the fact that Microsoft is getting better at moving customers to more premium pricing levels over time.

Since launching the Surface line, Microsoft’s own devices have made up an increasingly important part of the company’s revenue (though revenue from phones, of course, has been tanking for a few quarters now and continues to do so). The More Personal Computing segment, which includes Windows, devices, gaming and search, reported revenue of $8.8 billion, compared to $9.5 billion a year ago. This drop in revenue was mostly driven by lower Surface revenue, which decreased by a whopping 26 percent. According to Moxcey, this decrease was largely driven by stronger price competition and the life cycle of the current product portfolio.

Other areas like Windows OEM revenue, gaming revenue and even search revenue were up by between 4 and 8 percent.