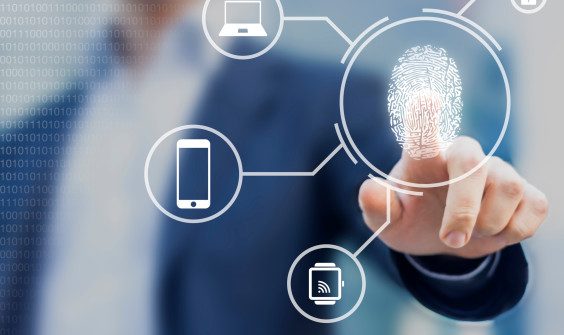 In a move aimed at upping standards across biometric user verification systems, the industry consortium, Fido Alliance, has launched a certification program for biometrics systems.

“The goal of the Biometric Certification Component Program is to provide a framework for the certification of biometric subsystems that can in turn be integrated into FIDO Certified authenticators,” it writes on its website.

While biometric verification systems such as fingerprint readers have been pretty widely adopted in the mobile space already — with Apple introducing its fingerprint biometric, Touch ID, to the iPhone a full five years ago; followed, last fall, by a facial recognition biometric (Face ID) for its high end iPhone X — the Alliance says that, up to now, there hasn’t been a standardized way to validate the accuracy and reliability of biometric recognition systems in the commercial marketplace. Which is where it’s intending the new certification program to come in.

While few would doubt the robustness of Apple’s biometrics components (and testing regime), the sprawlingly diverse Android marketplace hosts all sorts of OEM players — which inevitably raises the risk of some lesser quality components (and/or processes) slipping in.

And in recent years there have been plenty of examples of poorly implemented biometrics, especially in the mobile space — with hackers easily able to crack into various Android devices that were using facial or iris recognition technology in trivially bypassable ways.

In 2017, for example, Chaos Computer Club members used a print out of an eye combined with a contact lens to fox iris scanners on the Samsung Galaxy S8. And that was one of the most sophisticated biometric hacks. Others have just required a selfie of the person to be held up in front of a ‘face unlock’ system to get an easy open sesame.

Where the not-for-profit Alliance comes in — an industry group whose board includes security exec reps from the likes of Amazon, Google and Microsoft, among others — is it’s on a mission to reduce reliance on passwords for digital security because they inject friction into the online experience.

And biometrics do tend to be convenient, given they are attached to each person. Which is why they have been increasingly finding their way into smartphones and all sorts of other consumer electronics — from wearables to car tech, helped by component costs shrinking as biometrics adoption grows.

But it’s no good trying to speed up ID verification if the alternatives being reached for are badly implemented — and end up actively damaging security.

It certainly doesn’t have to be that way.

Apple’s biometrics are not so easily mocked. And while Touch ID is vulnerable to spoofing, like pretty much any fingerprint reader, its depth-mapping Face ID tech is by far the most sophisticated biometric implementation in the consumer electronics space to date. And hasn’t been meaningfully hacked (well, barring attacks by identical twins/strikingly similar looking family members).

So there’s clearly a world of difference (and, well, cost) between a well architected biometric recognition system which puts security considerations front and center, vs the awful sloppy stuff we’ve seen in recent years — where OEMs were just rushing to compete.

Biometrics has certainly often been treated more as a convenience gimmick for device marketing purposes, rather than viewed as a route to evolve (and even potentially enhance) device security.

The Alliance’s certification program is using accredited independent labs to test that biometric subcomponents meet what it dubs “globally recognized performance standards for biometric recognition performance and Presentation Attack Detection (PAD)” — and thus that they are “fit for commercial use”.

PAD refers to various methods that can be used to try to attack and circumvent biometric systems, such as using silicon or gelatine fingerprints, or deploying harvested facial or video imagery of the device owner.

So it looks like the Alliance’s hope for the program is to ‘upskill’ biometric implementations — or at least weed out the really stupid stuff.

“For customers, such as regulated online service providers, OEMs and enterprises, it provides a standardized way to trust that the biometric systems they are relying upon for fingerprint, iris, face and/or voice recognition can reliably identify users and detect presentation attacks,” it writes.

Speed is another goal too, as it says prior to this certification program due diligence was carried out by enterprise customers (or at least by those “who had the capacity to conduct such reviews”) — which required biometric vendors to repeatedly prove performance for each customer.

Whereas going forward vendors can use the program to test and certify just once to validate their system’s performance and re-use that third-party validation across the market — gaining what the Alliance bills as” substantial time and cost savings”.

Commenting in a statement, Brett McDowell, executive director of the Alliance, said: “While border control and law enforcement markets have mature assessment programs for their biometric systems, we were surprised that no such program existed for this rapidly growing consumer market.”

“With biometrics being a popular option for mobile and web applications implementing Fido Authentication, there is a growing need for those service providers to appropriately assess the risk of fraud from lost or stolen devices,” he added.

Currently only one lab has been accredited to perform components testing for the program.

The lab, iBeta, is located in the U.S. but a spokeswoman for the Fido Alliance told us: “The Alliance is actively working to bring in additional labs.”

She added that the Alliance will update this list as more are added.