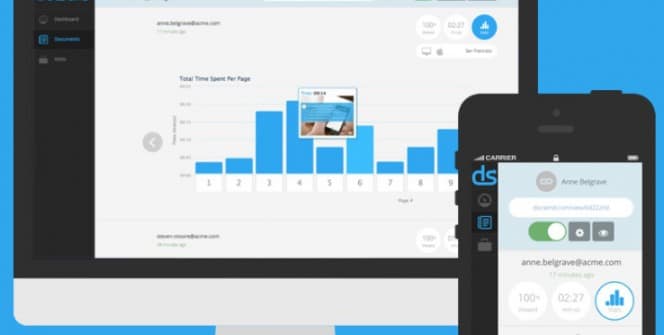 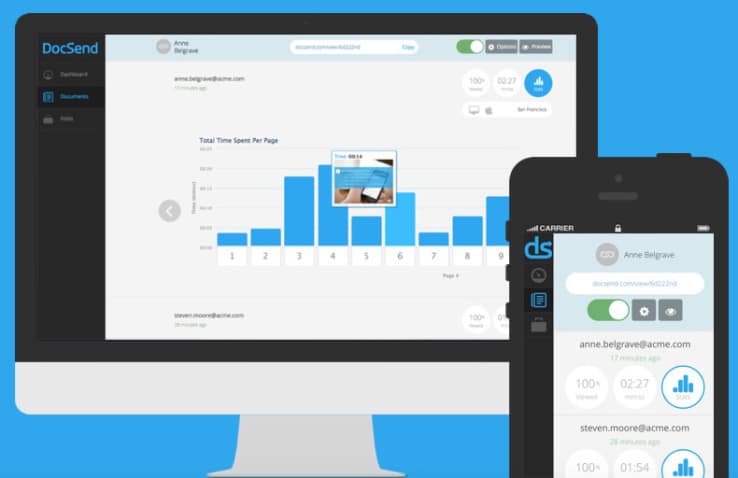 DocSend launched at our Disrupt NY conference two years ago, offering users a different way to send email attachments. The attachments are presented in a web viewer, meaning that you get notifications whenever someone opens them, as well as analytics data about how much time they spend viewing each page.

At first glance, that might sound suspiciously similar to the exasperating read receipt requests that seem to pop up in my inbox every day, but Heddleston argued, “It’s not a way to track people. It’s a way to communicate more effectively.”

After all, he said that as communication has become easier, “We’ve gotten lazy. As we try to communicate with more and more people, the feedback loop gets looser and looser, and when you send these big documents, you don’t know what happens when you don’t hear back.”

And there are benefits besides knowing what people are reading. For example, you can upload new versions of a document to the same link (so you don’t have to tell everyone “Wait! Read this new version!”), or you can send out multiple links for the same document and control access individually. And from a pure presentation perspective, Heddleston said businesses appreciate being able to use a document  viewer that can be customized with their own branding.

As I mentioned, one of the big use cases is fundraising — in fact, Heddleston said that just based on anecdotal conversations with customers, he can say that DocSend has already been used to raise more than $1 billion in funding. (In an emailed statement, mNectar CEO Wally Nguyen said that thanks to DocSend, “I knew which firms to focus on, I could be confident my deck was engaging, and I kept control of my materials throughout the fundraise.” mNectar has raised more than $9 million in funding.)

Other use cases including sales, marketing, business development and finance. Heddleston said that these “very different use cases” may not be as different as they seem.

“Are we going to have to choose between people or finance people and entrepreneurs doing investor outreach?” he said. “Are these all entirely different products? They’re actually not. When you’re sending content in document form, the same things are important to anybody.”

Speaking of fundraising, DocSend’s new round comes from August Capital, with August’s Howard Hartenbaum joining its board of directors.