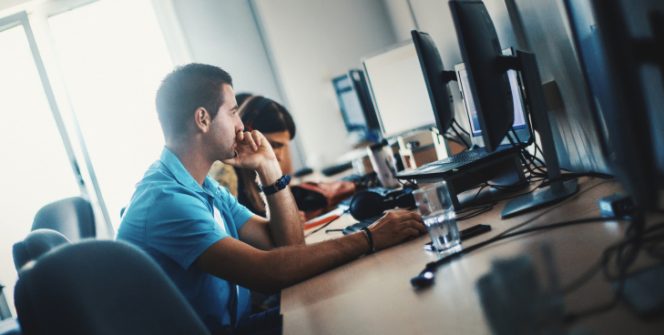 Some changes are underway at Stack Overflow, the online community where some 50 million developers and others converge to talk programming and many other things. TechCrunch has learned and confirmed that the startup has conducted a substantial number of layoffs across the company as it looks to steer the business more towards its core Q&A products and away from areas that were seeing less demand. As part of this, the company is also closing its offices in Denver.

“Stack Overflow made the decision to expand product development in our core Q&A product offerings, including Stack Overflow Enterprise and Channels for business developer collaboration and our well known core platform for developer knowledge sharing,” said a statement from the company. “These are in-demand solutions with strong pipelines and customer interest. As a result we are unfortunately restructuring some of our sales and marketing efforts including the closing of our Denver facility and the reduction of some of its staff. Stack Overflow customers and loyal users will see no interruption in service. Business is growing across all products and this move will even speed more features and offerings to market over the coming months.”

The company is not specifying exactly how many people are being impacted by the restructuring. A source that contacted TechCrunch claimed that the number of people affected worked out to about 20 percent of Stack Overflow’s 300 employees, or 60 people. That’s the number also being stated by at least one of the people affected today.

There is also some discrepancy about what jobs are being affected. As you can see in the statement, Stack Overflow mentions sales and marketing efforts, but our source, and the trail of tweets on Twitter, point to people affected in sales, data, engineering, and product.

The source also claimed that the company is looking to pivot away from Careers, but from what we understand the Developer Jobs part of Stack Overflow will continue to exist.

Stack Overflow’s careers business, in fact, is not mentioned one way or the other in the statement provided by the company.

It’s a far cry from the optimism we heard from Stack Overflow when it raised $40 million in 2015 specifically to build out the recruitment part of its business, which at the time accounted for two-thirds of the company’s revenues and was growing on the back of the reputation and traffic of Stack Overflow’s Q&A niche. (Advertising made up the remaining third.)

“I don’t see HackerNews or GitHub as competing against us directly for the same dollars or even the same attention,” CEO and co-founder Joel Spolsky said at the time. “Programmers use us for different things and they don’t really overlap. They are all in the developer attention space but so are a lot of other things like World of Warcraft. We’ve come to dominate getting answers just like GitHub is dominating social coding and version control.”

It’s not clear today what Stack Overflow’s main revenue generator is, but the company appears to be putting its forward bets on more into paid enterprise services.

Channels, a new product that is still in beta, is a private version of Stack Overflow that companies can run just for their teams. It’s an interesting twist on the company’s mainstay of open-ended Q&A, but it also potentially leads it into an already competitive space, with the likes of Slack, Atlassian’s Hipchat, Microsoft and many more vying to be the platform for teams to exchange ideas with each other.