Benchmark and Tiger double down on going public 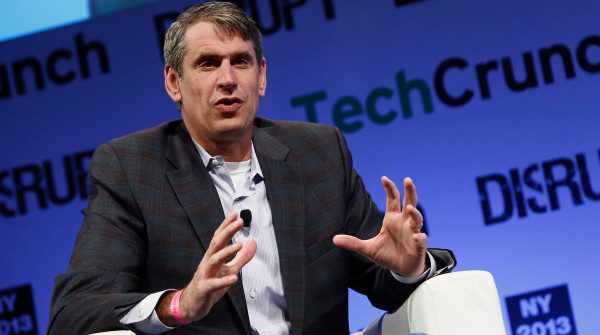 In an ecosystem enthralled with private capital and delayed public debuts, Bill Gurley has been something of a maverick. The former dot-com equity analyst and long-time partner at Benchmark has pushed hard for companies to go public and “grow up,” including at his portfolio company Uber, where he was formerly a board member.

Earlier this year, he noted that “it’s cool to go public again,” and now we are starting to see the fruits of Benchmark’s labors. Over the past 24 hours, two companies – Elastic and Upwork – have submitted their S-1 registration statements to the SEC, and Benchmark is the largest shareholder in both. That follows last year’s IPO for Stitch Fix, where Gurley was the lead investor.

The story of these two public aspirants are certainly divergent. Upwork is the rebranded merger of two companies, Elance and oDesk, which merged in 2013. Benchmark got involved through oDesk, leading a Series B round of investment in the company in 2006, with founding partner Kevin Harvey joining the board. Considering oDesk was founded in 2003, and Elance in 1999, it has certainly been a circuitous route to the public markets for the company.

Elastic, on the other hand, is a relatively rare case of a company going public quite early in its evolution. The startup was founded just a few years ago in 2012 according to Crunchbase, and Benchmark’s Peter Fenton led a $10m series A into the company that same year. Only six years later, the company is heading to the public markets, with a projected unicorn valuation.

While Upwork has certainly been a journey, it’s Elastic that best exemplifies the startup trajectory that I think Gurley has been advocating for the past few years. Given its rapid revenue growth and key ownership of the search engine market, it is doubtful the company would have struggled to raise additional capital from the private markets. Indeed, six years from founding to IPO is more reminiscent of the 1990s, when the IPO was a key early milestone in the development of a startup since private investment was just not available.

The other interesting dynamic here is around capital efficiency. Elastic raised just $162 million in venture capital according to Crunchbase, a surprisingly low number considering its revenues, growth, and valuation. Enterprise startups have been raising more capital over time as sales and marketing costs have soared and the standards required to publicly debut have become more exacting. That capital efficiency is mirrored on the consumer side by Stitch Fix, which had raised just $42 million in venture capital before its IPO.

These are early data points, but it is clear that Gurley’s and Benchmark’s words around capital efficiency and public markets are influencing their advice to their startup boards and leading to very different actions from these founders. It’s a contrast to companies like Palantir and SpaceX, which have seemed to have committed to staying private for as long as possible.

Benchmark is not the only company that has had some good S-1 news this week. The lead investor in the other two prominent tech IPOs so far this season — Eventbrite and SurveyMonkey — is Tiger Global, the quiet but prolific crossover hedge fund. The fund owns 21.3% of Eventbrite and 29.3% of SurveyMonkey.

The rise of these crossover funds is driving renewed interest in early public liquidity. Unlike traditional venture firms, which typically have a decade investment horizon (plus frequent multi-year extensions), these hedge funds face greater pressure to get returns on a compressed timeline.

That’s indicative here with Tiger Global. It’s investments in Eventbrite and SurveyMonkey took place in 2013, so it is just roughly five years from investment to IPO. Certainly, the hedge fund targets growth-stage opportunities which have shorter liquidity times in general, yet, the speed of liquidity is still notable even for growth investors.

For an ecosystem that has in many ways avoided the public markets, these changing norms will not just increase the pressure to go public, but may also present challenges for boards where discordant voices may be simultaneously pushing the exec team to stay private or go public. It’s a dynamic that founders are going to have to increasingly think through as they select investors through each of their venture rounds, in order to ensure that every investor is on the same page regarding the timeline for the public markets.