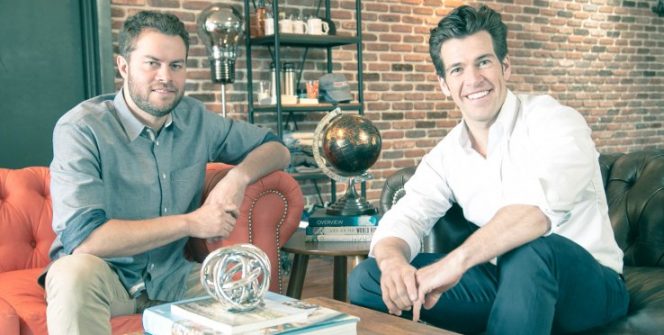 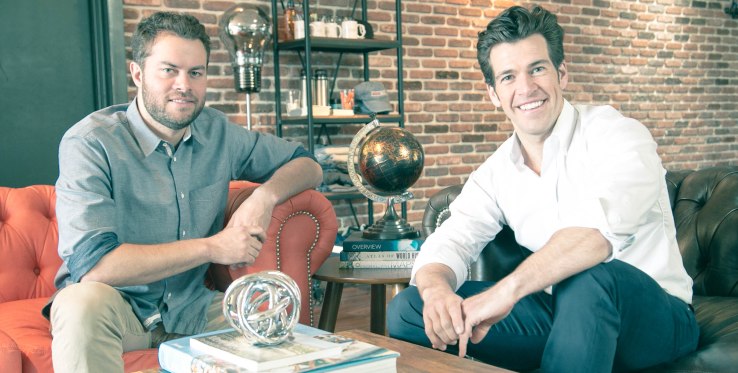 It isn’t easy to find white space in the world of venture capital, where every venture firm must have a specific vision to sell to the universities, pension funds and family offices that tend to fund them. But Brendan Wallace and business partner Brad Greiwe have a fresh pitch, as well as nontraditional investors. Their L.A.-based venture firm, Fifth Wall Ventures, invests in startups that are benefiting from changes in the real estate market, and they turned to the country’s largest real estate companies to fund it.

Just some of the heavy-hitting limited partners to contribute to the firm’s $212 million debut fund include CBRE, the brokerage and real estate services giant; Equity Residential, the largest owner of apartments in the U.S.; Hines, a major developer of office buildings in the U.S.; Lowe’s, the home improvement franchise; Host Hotels & Resorts, a real estate investment trust (REIT) spun off from Marriott in 1993; Lennar, one of the nation’s largest home builders; Macerich, which is the third largest mall operator in the U.S.; and the warehouse operator Prologis.

“Often, new solutions in real estate aren’t hard to build from a tech perspective,” explains Wallace. “You can put vendor management tools in the cloud. You can demonstrate a positive ROI. What’s harder is go-to-market and distribution risk,” he continues. “If you can’t sell to one of the big [real estate] incumbents, it’s hard to succeed. A handful of these companies really dictate outcomes.”

Fifth Wall is betting its backers’ vested interest in its portfolio companies will naturally help them vault past competitors. Meanwhile, these industry giants are betting on the pair because of their own, somewhat unique backgrounds.

Wallace, who says he grew up in a real estate family, worked first as an analyst at Goldman Sachs, then in real estate private equity at Blackstone Group after graduating from Princeton. After attending business school at Stanford, he says he invariably “caught the entrepreneurship bug.” First, along with some Stanford classmates, he co-founded a recruitment data and analytics company called Identified that sold in 2014 to Workday for undisclosed terms. Again with classmates, he says he later co-founded (but never worked for) Cabify in Madrid, Spain, which is among the larger ride-share services in Latin America.

Greiwe also says he grew up in a real estate family. His first stop after Harvard was as a real estate banking analyst at UBS. Afterward, it was on to the real estate investment firms Tishman Speyer and Starwood Capital Group as an associate before he co-founded Invitation Homes, a tech-heavy home leasing company that went public earlier this year and is currently valued at $6.7 billion.

Greiwe met Wallace through connections at Blackstone, which was the sole investor in Invitation Homes and helped incubate the company; in recent years, the two had begun forming special purpose vehicles, backing between 10 and 15 companies on AngelList that somehow involve helping to transform the physical world as we know it.

Fifth Wall has since invested $62 million across seven startups over the last year, using its new fund as it was securing commitments for it. Its biggest bet to date is on Opendoor, the richly funded startup that pays cash to buy homes and then resells them. Others of its bets include Notarize, an online notarization technology company that we wrote about last year, and VTS, which makes leasing and portfolio management software for commercial real estate companies.

VTS had raised a meaningful amount of money, including from Thrive Capital, Bessemer Venture Partners and RRE, by the time Fifth Wall participated in its $55 million Series C round last year.

Wallace and Greiwe say that the company, which has now raised roughly $110 million altogether, is in talks with both CBRE and Hines about adopting its technology.